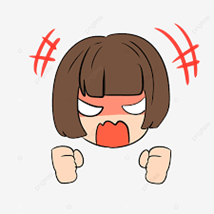 Irritability is a common and particularly difficult symptom of HD. Frequently, irritability is noticeable years before the physical symptoms of HD start. When someone acts irritable, it’s not obvious what the goal or desired outcome of the outburst is.

Irritability in HD patients is different than anger or aggression.  It's characterized by:

Sometimes, it’s easy to spot an episode of irritability before it occurs by looking for these clues:

Common triggers of irritability include:

Strategies for Avoiding and Calming Irritability

Several things you can say to someone who is irritable and unspoken cues you can use to calm the situation.

The person with HD who is experiencing irritability is typically upset or embarrassed after the outburst.  Untreated irritability can evolve into aggression.  Luckily, irritability is one of the easiest symptoms to treat.  Start by consulting a doctor. If you're more comfortable, you can speak with a doctor alone and request confidentiality.